The main activities of the Society are the publication of the Macedonian Journal of Chemistry and Chemical Engineering - MJCCE and the organization of Symposia.

In 1994 the first Congress of Pure and Applied Chemistry for Students of Macedonia (with International participation) was organized and has been held every two years since.

In 1995 the First Meeting on Polymers and Polymeric Materials was organized as part of the regular XIV Meeting of Chemists and Technologists of Macedonia.

In 1996 the Second Yugoslav Congress of Industrial Chemistry and the Fifth Yugoslav Symposium of Chemistry and Technology was held in Skopje, Macedonia.

In 2006 the Fifth International Conference of the Chemical Societies of the South-East European Countries (ICOSECS 5) was held in Ohrid, Macedonia.

In 2007 on the occasion of 100 years since the death of Mendeleev the Society organized a meeting with several presentations on his life and work.

The Society also organizes lectures and seminars on various topics of interest to its members and the propagation of chemistry and chemical engineering. 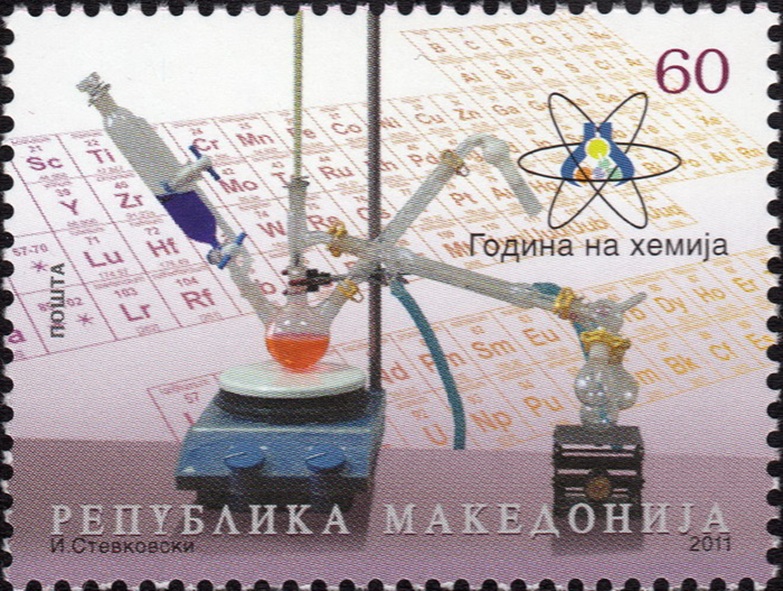 In 2011 the Macedonian post on an initiative by the Society and the Institute of Chemistry issued a stamp commemorating the Year of Chemistry.

Also an information e-Bulletin is distributed electronically to its members.